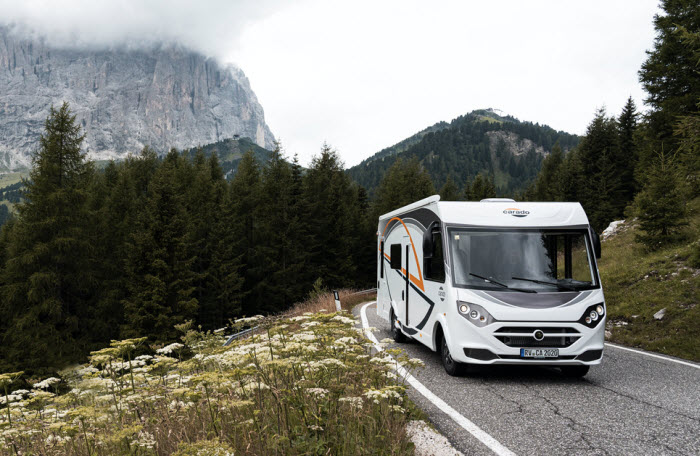 From stone-look bathrooms to concept vehicles, the innovations on display at the Caravan Salon 2019 in Germany showed that the motorhomes of the future are all about making life on the road easier and more comfortable.

The Caravan Salon, held in the German city of Düsseldorf, is the largest annual European trade fair for motorhomes and caravans. The 2019 event featured 600 exhibitors, with 268,000 visitors viewing the 2,100 vehicles on show over the week of the event, who took place early September.

Here are some of the highlights from SmartRV’s Marcel Pfeifer... 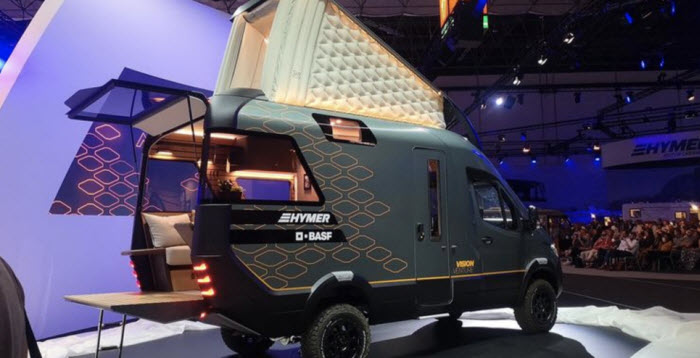 The biggest head-turner at the show had to be the VisionVenture by HYMER. This concept vehicle from premium manufacturer HYMER demonstrates how the brand envisions motorhome travel in 2025. They started developing the concept in late 2018 and say individual aspects of it will slowly make their way into the production line (like the stone look in the bathrooms, which is
already an option in some vehicles).

The VisionVenture is based on a Mercedes chassis (like most vehicles on HYMER’s stand this year) and features a custom build with pop-up roof bedroom. The roof material has small pockets that can fill with warm or cold air to help insulate the inside and also protect the user from strong winds. The interior resembles a sleekly modern apartment, and other features include infra-red reflecting paint, and select parts created using 3-D printing. 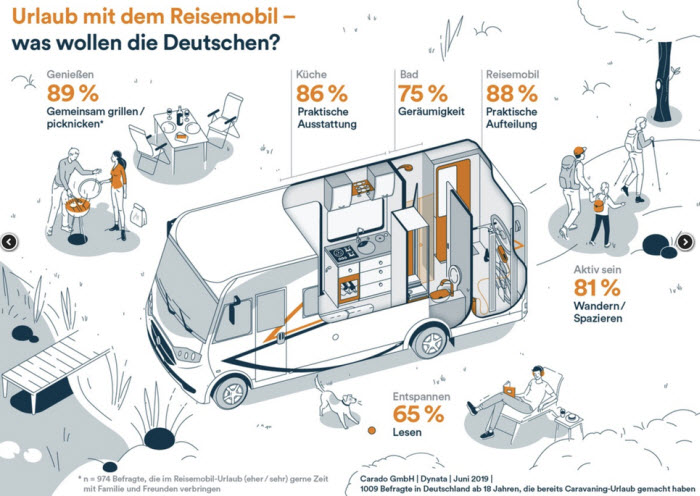 Carado also had a concept vehicle on its stand, and while it won’t go into production, the goal was to show what is possible under 3.5 tons when it comes to integrated vehicles for two people. The design is heavily user-focused and has two habitation doors as well as storage for bikes in the rear and charging points for e-bikes.

The starting point for the design came from a survey of 974 Carado users around their habits
and preferences. Results showed that:

It’s interesting to see more and more suppliers going back to their actual user needs and starting there when designing new vehicles, instead of re-iterating existing designs with smaller tweaks each year. 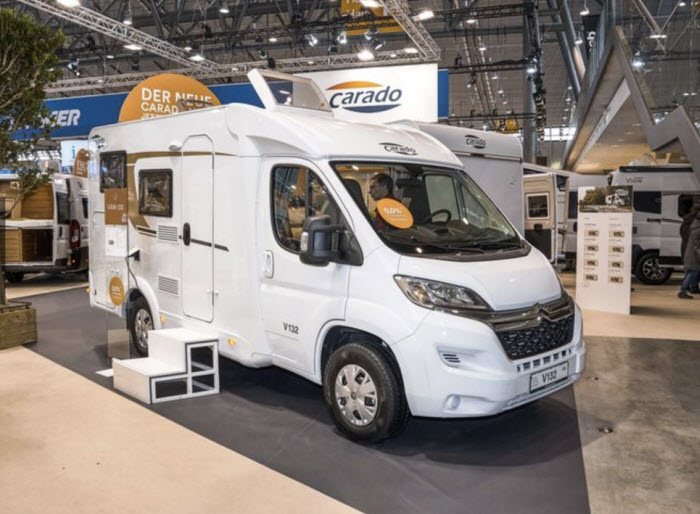 People were really interested in the narrow partly integrated models, such as the Carado Van V132. There is a general trend towards these vehicles, which come in at a very competitive price point. Very soon the T135 (Helix) 2 berth will available for the New Zealand market through SmartRV and will cater to those looking for a more flexible integrated model.

A highlight on the Bürstner stand was the Lyseo M 660, this compact motorhome (less than 7m) has an impressively large bed at the rear, and an
optional fold-down bed above the seating area means it can sleep up to four people. A large kitchen with high-quality appliances will appeal to food lovers. The redesigned flexible-length bath with swivel-mounted washbasin ensures you have as much room to shower as you do at home, making the showering experience as comfortable as possible.

The new generation fridges by Dometic can now open from both sides, making for better use of space, and have improved locks.

While there haven’t yet been any viable concepts of full spec battery-powered motorhomes available to consumers, a lot of money is going into R&D behind the scenes and it was interesting to see the progress. Some of the concepts on show at Caravan Salon included an e-hybrid motorhome: half electric, half diesel with 50km pure electric range and 500km combined range.